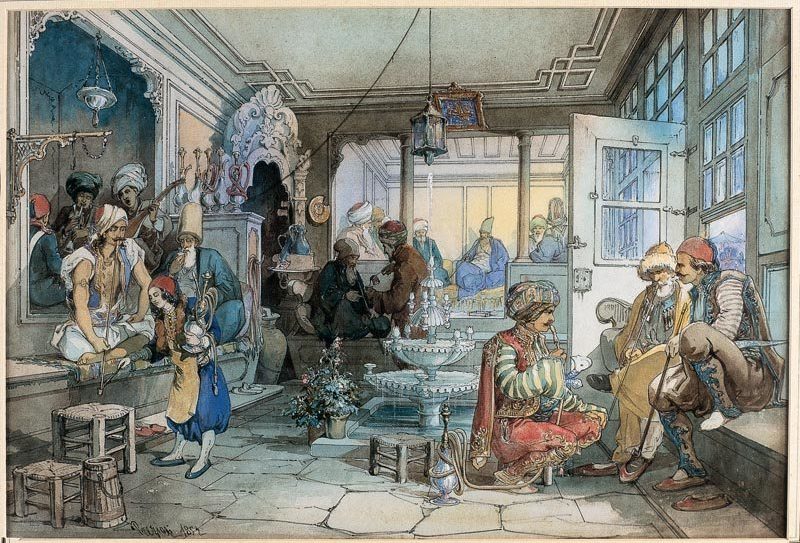 Welcome to Saudi Coffee Arabia…the caffeine hotspot of the East and also the cut throat capital of the East.

Imagine a world where coffee was banned, and I mean banned from even looking at the damn thing! History once again takes its toll as Saudi Arabia becomes this week’s center of attention in coffee dilemmas and far right traumatic skepticalities. Back in the 1500’s, our caffeine buddy became the most popular drink within the middle east, spreading further into the Caliphate territory. People lived, breathed and even bathed in coffee. I lie, that didn’t really happen and if it did you’d be sure they’d be a lot of citizens with missing body parts roaming around if you know what I mean. Mecca was not just a religious pilgrimage for Muslims, it was the coffee capital of the east.

However, just like everything in extreme conditions…it gets absolutely blitzed and bang, lights out. People were queuing up to get their coffee after visiting the Mosque, after engaging in daily activities and after a long sweaty hard day’s work. As strong opposition rose from against the Governor of Mecca, coffee was immediately banned putting a halt to people’s new favourite drink! People were shocked, protesting and screaming in the roads! Obviously this didn’t happen as they’d be decapitated but yeah they were pretty pissed. The Governor believed Coffee could spark a radicalized way of thinking which could cause competition towards his government, how crazy was this guy. Coffee was also believed to blaspheme people’s ideologies against the Caliphate which could even go against Islam.

Luckily higher powers realized how stupid this ban actually was and decided to overrule it. People could once again go back into the streets and engage once again in daily coffee culture. Mecca must have been one hell of a dark place in 1511 but thankfully this pointless law only lasted a couple of months…because if it lasted longer maybe we wouldn’t be drinking coffee today. #FoodForThought.

Food Donations at an All Time Low – You Can Help Us!

Italy’s Capuchin Monks and the History of Cappuccino.

We would like to thank all of our amazing clients

Would your office like to drink unlimited cups of

Our re-usable Chino capsules are not only Eco-frie

Would you like to have this amazing Coffee Machine