Have you ever genuinely wondered how coffee was even discovered? Like come on, who would have thought to make some randoms beans on a tree into a worldwide hot and cold beverage? Strangely enough the Ethiopian legend Kaldi was an Abyssinian goat herder who realized that his goats were going AWOL during the night for no apparent reason. Yes it sounds extremely far fetched and if anything ludicrous, but Kaldi realized that his goats were actually eating a strange form of berry within the Ethiopian forests causing them to go insane in the membrane.

Kaldi: The Man The Myth The Legend

When Kaldi investigated the scene of the crime, he saw that the goats were crazily eating a strange form of red berries and shiny leaves off a very unfamiliar tree. Kaldi decided to join in on the action, and when he did he began to dance the Macarena alongside another 100 goats. Pretty interesting right?! Apart from the part of Kaldi dancing the Macarena which obviously did not happen but you get the point here. Kaldi became the most happiest goat herder in the whole of Arabia and if anything he didn’t look a full shilling, neither did the goats in all honesty.

The Monk Who Kept Dozing Off

Now as time went by, a passing monk spotted Kaldi and the goats in action. The monk was intrigued when Kaldi told him about the magic berries but Mr monk thought that the berries could help him during prayer time. The monk confessed to Kaldi that he was always falling asleep in the middle of prayers! When he consumed the berries he stayed awake during prayer…wow.

Mr. Monk then came up with the bright idea of drying the berries and then boiling it into a hot drink…and BANG! Coffee was born ladies and gentlemen.

If you’re ever at a party or on a first date and things get awkward, just throw this story in…it’s bound to lift an eyebrow or two…be like Kaldi.

Food Donations at an All Time Low – You Can Help Us!

Italy’s Capuchin Monks and the History of Cappuccino. 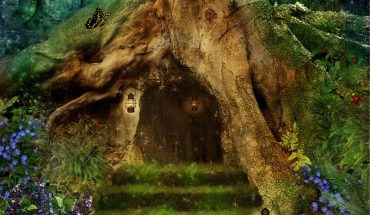 We would like to thank all of our amazing clients

Would your office like to drink unlimited cups of

Our re-usable Chino capsules are not only Eco-frie

Would you like to have this amazing Coffee Machine